The Startup Helping People Fix Their Credit Scores For Free

eCreditHero has developed a technology that helps people repair and rebuild their credit, giving them the tools they need to fix their credit scores and reach their financial goals

Last year, Nicole Sanchez, founder and CEO of eCreditHero, decided to host a “vision board” party for a group of 100 women in New York. She had been working in the world of consulting and finance, as a management consultant at Bain and within their private equity practice before deciding to try her own hand at entrepreneurship. Sanchez got involved in a startup helping hairstylists expand their businesses online. Initially she wanted to work with entrepreneurs to help them scale, but quickly learned there was a more fundamental issue faced by these entrepreneurs: They were often blocked by seemingly insurmountable bad credit.

Two thirds of millennials and more than half of Americans have non-prime credit, which means finding and paving a way toward financial stability is a massive unmet need across the U.S. “The biggest access point to financial health and growth is good credit,” says Sanchez. “Before we ever had a solution, we had a hypothesis: People needed a credit fix.”

At the vision board party, Sanchez made a bold offer. She told the 100 women there that she would fix their credit score for free if they simply texted her their number. Sanchez left the party with 20 new numbers — the first clients for her credit fix service, eCreditHero. “It started with a call to action and a text and then it became a business,” says Sanchez. “Those users started telling other people and they started telling other people.” Today, eCreditHero has a community of 45,000.

But to get there, Sanchez had to sort through some fundamental challenges, namely how to use technology to streamline and automate the work that goes into finding and fixing errors so that she could offer a service for little to no cost. Most services in the industry charge a monthly fee, but she wanted to find a way to cut costs so that consumers didn’t have to pay for the service. After all, there’s an inherent contradiction in charging cash-strapped customers top-dollar to fix their bad credit. “There’s a $6 billion market for credit repair alone,”” she says. “The average consumer doesn’t have excess cash. If you make it free, they will follow.”

The question, of course, became: How? Sanchez needed to figure out a way to automate the business in order to vastly cut overhead costs. Technology would be crucial in making this happen, she quickly understood. “Designing with a typical consumer in mind was really key,” she says. “People charge $300 for what we do for free.”

She began by identifying common patterns in credit reports and looking for solutions to them. For one, she saw that mistakes on credit reports are rampant. Eight out of ten credit reports contain some sort of error that negatively affects a person’s credit, says Sanchez. More often than not, those mistakes come down to a basic computing error that can damage a consumer’s credit without their even knowing it.

Sanchez began to identify common errors across credit reports and to work on creating a technology that could detect and address those mistakes. She found that 47% of credit reports have either duplications or false opened or closed account information on them. That means two missed payments might show up on a credit report as 12 missed payments, because the same loan had been sold and resold from one debt collector to another without those sales being consolidated. Helping find and fix such errors is a crucial first step in repairing your credit, says Sanchez.

Take, for example, Julie Daniels. A special education teacher aid based in Murrieta, California, Daniels first came across eCreditHero in the fall of 2016 through a posting on a Facebook group focused on financial wellness connected to the Steve Harvey Show. Daniels and her husband had been struggling to fix their credit after a stretch of unemployment had hurt their scores. She signed up for eCreditHero online, gave the company access to her credit reports and “waited for the other shoe to drop,” she says. “When I first heard about this, I was a total skeptic. Everywhere else this costs $200 a month.”

Soon after she signed up for eCreditHero, Daniels received personalized letters for her to send to three different credit bureaus listed on her credit report. A few weeks after sending the letters, she was notified that incorrect charges had been removed from her credit report including charges for a credit card she’d never opened. Daniels also started checking in regularly to the Facebook group she’d joined where Sanchez and her team were constantly posting tutorials and answering people’s questions on what to watch out for in their credit report and how to effectively take on lenders.

Daniels learned through that forum to ask for her medical bills to be itemized and discovered that she’d been double-charged for the same services. She discovered that she’d made 21 payments for a bill that were never processed or reflected on her credit report. Since signing up for eCreditHero, Daniels’ credit score has increased by 100 points and she was able to open her first credit card since 2003.

Whenever she had a question about how to handle something having to do with her credit, Daniels would log on and post a question for eCreditHero, often getting a response directly from Sanchez. “It is incredible how much information she gives away for free. Anything you want to know, she will tell you,” says Daniels, who talks about Sanchez with a familiarity that makes it seem as though they’re close friends. “You are scammed by so many people that to do what she is doing, it’s like: ‘What’s the catch?’ There is no catch. You’ve got to get to work and they answer the questions for you.”

Establishing that rapport and trust with users has been paramount to Sanchez and her growing the business. Sanchez knew from the start that she needed to earn the trust of consumers like Daniels who tended to see the offer of free credit repair as a red flag that they were facing a scam. “I don’t think free alone is enough. Trust is very important,” says Sanchez. “You can’t market your way into trust. You really have to build it.”

Baked into the eCreditHero model is a chance to get free guidance through live Facebook chats, SMS, and email. As a result, 87% of the service’s users refer someone they know to eCreditHero, which has been fundamental in helping the business grow. Daniels alone has convinced three coworkers and her mother-in-law to sign up. “We are not educated on credit the way we should be. This just makes you dig in more,” says Daniels, who is determined to get her credit score into the 700s by the end of the year. “I am hell-bent on getting in the 700 club,” she says. 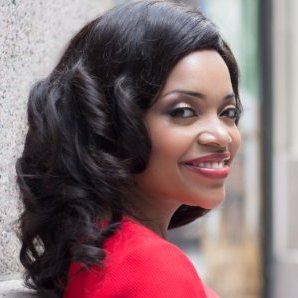