In the U.S. alone, 193 million people play mobile games, with 56 percent of them playing more than 10 times a week, according to 2018 mobile gaming data. It’s an obsession apps like Candy Crush and Angry Birds have capitalized on, but what about using some of that screen time and energy toward saving money? This is a question that David Ronick began to seriously consider in 2017 when he launched the app WinWin Saving.

WinWin wasn’t Ronick’s first fintech startup. In 2014, he founded an app called Stash to help young people learn about and start investing on their phones. But he was interested in also figuring out a way to help people start saving money in the first place.

A few years later, while reading an article called in The Atlantic called “How to Trick People into Saving Money,” Ronick came across research on prize-linked savings. “It was the first time that I had heard of this concept,” Ronick says. “Instead of getting the certainty of saving interest, people are interested in getting everybody’s interest.” Case in point: Americans spend nearly $80 million a year on lottery tickets, according to Census data.

“We love to win,” Ronick says. “Saving requires the discipline to do something today that will pay off down the line. WinWin is reimagining the lottery as a mobile game that adds to your savings.”

To do this, the app marries game playing with savings by rewarding users who transfer money into their WinWin account with the chance to play a game for prizes ranging from five cents to $1,000.

“When you play WinWin, you open an FDIC-insured savings account. The cash goes instantly into your savings account, and we encourage you to keep money saved rather than take it out and spend it,” he says.

Ronick started working on the idea for WinWin in 2017 and officially launched it in the app store on iOS in March 2018. In designing WinWin, he took inspiration from the addictive quality of lottery scratch-off tickets.

“A scratch-off is a very antiquated idea. The money you spend on the ticket, you aren’t getting back,” he says. “It’s not good for you at all, but people love to do it.”

Similarly, WinWin users contribute a dollar to their savings account in order to play one of seven games in the app, including Pinball, Break, and Word Finder. While users have the chance to play to win more money each time they deposit a dollar in their savings account, they aren’t able to take that money out to play.

“We try to give you incentives to save,” Ronick says. To establish WinWin as a legitimate financial tool for consumers, the company had to navigate laws relating to sweepstakes, online gambling, and banking.

“We have to walk a very fine line in how to make all of those things fit,” Ronick says. “We needed to understand banking operations and build the ability to move money around.”

While the winning money now comes from the company’s operations budget, WinWin is exploring opportunities to offer company-sponsored prizes. And while WinWin is designed to encourage people to save, Ronick was surprised to learn that 70 percent of the app’s users have played the lottery in the last 30 days.

“People have got certain behaviors, and you can’t push them to stop,” he says. “It’s better to lean into those behaviors, rather than try to stop them.”

As the app expands, Ronick plans to figure out ways to use gamification to contribute to savings, including creating a saving leaderboard that allows users to rank and compete based on the amount they are saving.

“If you can give people a moment in their day to feel positive and optimistic about money, that’s a good thing,” he says. “You can take something that’s often a bummer for people and make it fun and exciting, while also encouraging them to save.” 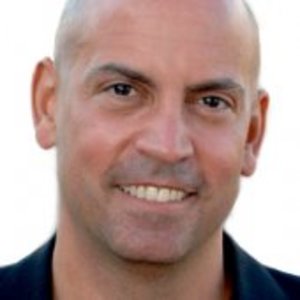 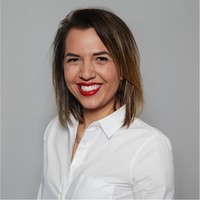