A Mobile Alternative to Traditional Banks and Predatory Check Cashers

Vinay Patel wants to give low-income people living paycheck-to-paycheck a way to manage their money without falling prey to predatory money services. Ask Patel, CEO and co-founder of One Financial Holdings, which builds mobile technology services for consumers, precisely who he’s talking about and he’ll introduce you to Sam.

Sam works full-time and earns minimum wage, making $30,000 a year. He lives in a neighborhood proliferate with check cashers, pawnshops and payday lenders. There are not many bank chains near his neighborhood and in the past, when he’s used one of them, he’s been hit with $35 overdraft fees, which happens to the typical person hit by overdraft seven to eight times a year, says Patel. When Sam doesn’t meet his minimum balance requirement, he pays $12 a month, and if he needs to get cash out of an ATM, he has to pay a fee (and sometimes multiple fees) for each transaction at an out-of-network ATM. All in all, it costs him around $470 a year in banking fees to maintain an account.

So Sam ends up going to a local check casher when he gets his paycheck twice a month. There he pays 2% of his income to cash his checks, which adds up to $600 a year. Check cashers process $58 billion in transactions annually, serving as the primary financial services providers in low- and middle-income neighborhoods. While Sam is not a real flesh and blood guy, countless consumers like him exist across the U.S. – minimum-wage-earning people who live in neighborhoods where access to traditional brick and mortar banks is vastly limited. Data gathered by the Federal Reserve indicates that the types of alternative financial service providers low to moderate-income consumers like Sam use are heavily concentrated in the most financially vulnerable communities.

Meeting this population where they are, literally, is what Patel set out to do when developing the Bee Card in 2014 with his two co-founders, Max and Alex Gasner. The cofounders saw that for half of Americans, financial services were provided by brick and mortar options like check cashers or payday lenders who ended up passing their costs down to customers. What’s more, depositing a check at the bank could be a slow process, taking days to go through, which for someone living paycheck-to-paycheck can cause major financial distress. What if Bee could drastically cut down the overhead costs associated with maintaining a brick-and-mortar bank and give consumers a way to deposit checks virtually instead of on-site? “This was an incredibly large business opportunity,” Patel says. “If you can reduce the expenses, you can charge lower prices.”

Issued by Community Federal Savings Bank, the card offers a more affordable alternative. “People often don’t have access to convenient resources when there’s no bank branch in their neighborhood,” says Patel. “We can actually meet customers where they live and work.”

Before launching, the trio spent four months in 2014 interviewing upwards of 1,000 people in Brooklyn’s Fulton Mall neighborhood to learn what their greatest banking needs were.

The conversations they had revealed some surprising things to Patel and his co-founders. They found, for example, that many low-income consumers use multiple phones – a subsidized phone for voice and text and a cheap phone with Wi-Fi to access apps. Taking this two-phone approach ends up costing about a quarter of what it might cost to pay for a monthly iPhone plan, says Patel. But while splitting usage saves costs for people, it also means that in order to communicate successfully with low-income consumers, Bee would need to find a way to reach them on both their devices, regardless of whether they had a Wi-Fi connection or not.

Essentially, Bee is an alternative to a checking or savings account. People can apply for an account right from the app, which works on iOS and Android. When a person signs up for a Bee account, they pay no monthly fees, and receive two free ATM withdrawals each calendar month. Instead of going to an actual bank location, users interact with their account entirely through their phone. They can deposit checks using a mobile remote deposit feature (and for a 1% convenience fee, can elect to have funds made available in under 30 minutes) and they can bring cash to many large retailers including Walgreens, 7-Eleven and Wal-Mart to have it deposited into their Bee account. Users receive account updates via text message alerts that work across all mobile phones. At the end of the day, the average Bee consumer pays $0 to $300 in banking fees – a rate substantially lower than what they’d pay with a traditional bank or check casher.

To sign up, a person needs to be 18 or older, own a smartphone with IOS or Android, and have a social security number. But Bee does not restrict account opening based on bad financial history – the barrier that prevents so many consumers from traditional banking in the first place. “The cost of a bank checking account is overwhelmingly expensive for a low-income person,” says Patel. “We don’t treat you based on past transgressions.” 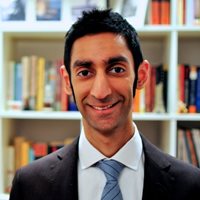 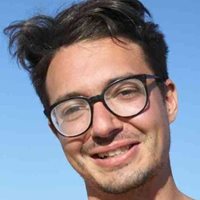 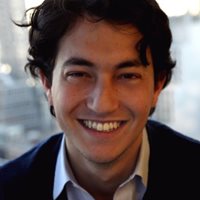