When Victor Echevarria’s son was a baby, he spiked a sudden fever and suffered a febrile seizure that had him rushed to the emergency room. It was 2015, and Echevarria was both a new dad and an entrepreneur with a brand new startup in the works. Little did he know that the company he was working to build, Remedy, would soon save his own family from financial ruin.

While Echevarria’s son recovered, medical bills to the tune of $12,000 quickly arrived in the mail. “Overnight, it felt like we went from being debt-free to owing thousands of dollars in medical fees,” he says. It’s a challenge common to many Americans navigating the complex and often confusing world of healthcare costs. “You get a medical bill, you don’t understand it, and you don’t know who to call,” says Echevarria. “That leads to messed-up credit and bankruptcies.”

All the more troubling is the fact that mistakes on medical bills are a staggeringly common occurrence. Around 70 percent of all non-routine medical bills submitted to patients contain errors that result in faulty charges and inaccurate billing, according to Remedy’s data. In processing tens of thousands of claims, Remedy found that the average American family overpays its medical bills by around $1,000 every year. “There’s a bunch of different ways things can go wrong and it’s all so obscure that people can’t figure it out,” says Echevarria. “If you even step foot into a hospital, for example, you will most likely be getting an inaccurate bill.”

Insurance companies are armed with actuaries and third-party recovery auditors, while doctors have remedy cycle management tools that can tweak and resend bills to insurance companies. Once those bills are rejected again by insurers, they get knocked down to patients. In the U.S., healthcare represents more than 17% of GDP, according to the Centers for Medicare and Medicaid Services. Consumers, not insurers or the government, bear the largest brunt of those expenses, spending a trillion dollars out-of-pocket each year to cover healthcare expenses, according to the Centers for Disease Control and Prevention. “There are so many defenses in place for providers and payers, but patients have none,” says Echevarria.

That’s where Remedy comes in. Officially launched in September 2016 by Echevarria and his cofounders, software engineer John Schulte and public health expert Marija Ringwelski, the service audits consumers’ healthcare bills, determines whether they’ve been overcharged or incorrectly billed, and resolves those mistakes on behalf of patients.

Take, for example, the case of Echevarria’s son. When he turned his medical bills over to Remedy’s medical billing specialists, they found a rundown of mistakes and missteps that lead to incorrect charges — from the insurer mistakenly using his wife’s maiden name, which led to a denied claim, to mistaken non-billable medical codes or typos that resulted in bills bounced down to him and his family. In the end, Remedy determined that all $12,000 in charges were wrongfully billed, and did not need to be paid. “You see these hieroglyphs on your medical bill and don’t even know what they mean,” says Echevarria. “They’re expensive, they’re complicated, and most of the time, they are wrong.”

In 2014, Remedy COO and cofounder Marija Ringwelski realized the major need for such a service to help consumers better audit and understand their medical costs. Walking around bus stops in San Francisco, Ringwelski asked people what their healthcare concerns were and found that across the board, the cost of care was a major stressor. Ringwelski collected her own medical bills and found that eight out of ten times, the charges passed down to her were wrong. That’s when she realized the massive unmet need for better auditing of patients’ medical charges and helping to fix incorrect bills.

Remedy is designed to address that need. Users log into their insurance portals online and authorize Remedy to act as a third party representative. Remedy then imports insurance claims for the past year in your insurance portal, works with you to collect itemized bills and insurance information, audits the bills with machine learning that flags common errors, and hands it off to insurance specialists who evaluate the claims, review, and corrects errors on patient bills. “They understand where the errors lie and understand who to call and what to say to get them fixed,” Echevarria says.

Users choose which of their providers Remedy can contact and when mistakes are found, they result in either a payment sent back to the patient or an adjusted lower bill. The company makes money by charging users a 20% commission on any savings that result from corrected bills, with a cap charge of $99 per bill. If no errors are found, the consumer pays nothing to Remedy.

By offering consumers a way to better audit their bills, Remedy also hopes to eliminate the hesitancy too many people have when it comes to seeking preventative care in the first place. “We are in a world where 40% of low- to medium-income consumers with health insurance won’t go to the doctor because they’re afraid of the financial consequences,” says Echevarria. With Remedy as a support tool, acting as the patient’s protector, consumers don’t have to worry about those staggering and confusing bills in the mail.

Remedy protects people from medical bill errors and overcharges, saving the average family over $1,000 per year. 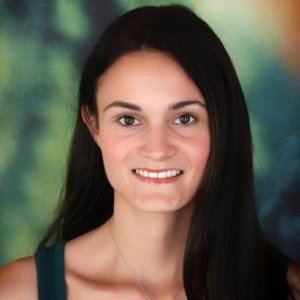